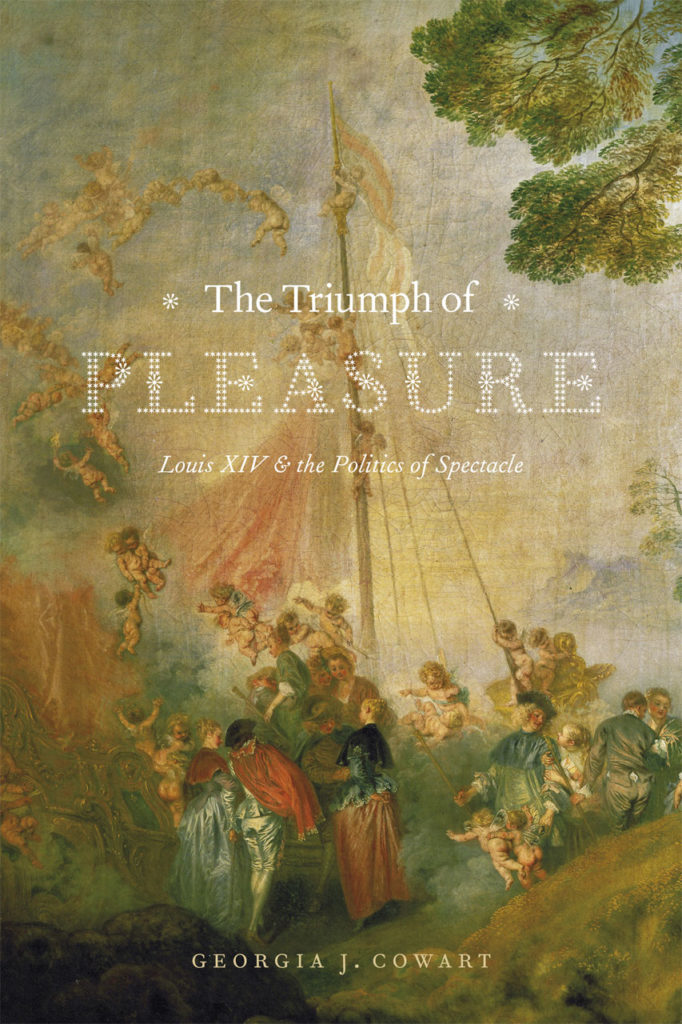 The Triumph of Pleasure: Louis XIV and the Politics of Spectacle (University of Chicago Press, 2008; paperback edition, 2014)

Prominent components of Louis XIV’s propaganda, the arts of spectacle also became sources of a potent resistance to the monarchy in late seventeenth-century France. With a particular focus on the court ballet, comedy-ballet, opera, and opera-ballet, Georgia J. Cowart tells the long-neglected story of how the festive arts deployed an intricate network of subversive satire to undermine the rhetoric of sovereign authority.

With bold revisionist strokes, Cowart traces this strain of artistic dissent through the comedy-ballets of Jean-Baptiste Lully and Molière, the late operatic works of Lully and the operas of his sons, the opera-ballets of André Campra and his contemporaries, and the related imagery of Antoine Watteau’s well-known painting The Pilgrimage to Cythera. She contends that through a variety of means, including the parody of old-fashioned court entertainments, these works reclaimed traditional allegories for new ideological aims, setting the tone for the Enlightenment. Exploring these arts from the perspective of spectacle as it emerged from the court into the Parisian public sphere, Cowart ultimately situates the ballet and related genres as the missing link between an imagery of propaganda and an imagery of political protest.

Listed at University of Chicago Press

Theme by Anders Noren — Up ↑